Reynolds Beal was born in New York City in 1867 and he showed artistic ability from an early age. He first studied at Cornell University (naval architecture), but seriously studied painting with William Merritt Chase in Shinnecock, Long Island in the 1890s and then went to Europe to study with Henry Ward Ranger. From the beginning, Beal’s playful, sparkling, fun-filled, life-experiencing subjects were popular and he made a living painting. By the 1920s, he was known for his original, colorful and entirely delightful subject matter in oil, pastel/crayon and watercolor. 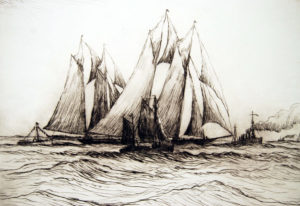 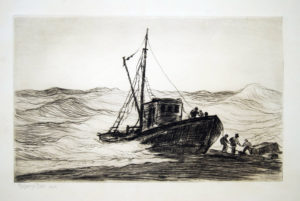