In this new book from Rizzoli, the famed illustrator for Interview magazine and long-time Grace Jones collaborator takes the spotlight.

Most people assume that Andy Warhol designed the covers for Interview, the magazine he founded in 1969 with British journalist John Wilcock—and it’s no wonder they do, given that Andy Warhol’s signature is on every single one of them. But in actuality, it was the artist Richard Bernstein, a contemporary of Warhol’s and a vibrant member of New York’s downtown scene before his death in 2002, who created the magazine’s most iconic covers using a mixture of collage, photography, and paint that transformed the merely young and famous into absolute supernovas. 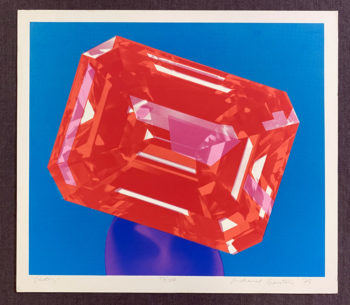