Gustav Likan, a painter from Yugoslavia, hasn`t been around Chicago much since the day in 1967 when the Chicago Academy of Fine Arts fired him from his job as professor because, he claims, he insulted the city`s Picasso sculpture. But he came back to town last weekend for a local exhibit of his paintings, and to try and recapture something he lost during the days when he was poor and sketching $10 portraits on Chicago street corners.

The prospects don`t look too good, though.

What he`s looking for is a portrait of his wife that he painted in 1958. Likan lost the portrait in 1962 in a Cook County sheriff`s auction after a brother-in-law sued him to get back $2,000 that Likan had borrowed so he and his family could migrate to the United States

Likan, now 77 and still painting in Austin, Tex., had made a name for himself decades before by painting portraits of Yugoslavia`s young King Peter and murals for Argentine First Lady Eva Peron`s schools.

But in Chicago in 1962, Likan was a struggling immigrant artist with a family. He didn`t have the money to pay off the court judgment, so his brother-in-law got the portrait for $355 at the auction. Likan thinks it quickly was resold.

The brother-in-law and his wife died without children in the mid-1960s, and the two families parted ways after the spat, so Likan doesn`t know where the painting went.

When Likan`s wife died last year, he decided he would like to have the portrait back, for sentimental and artistic reasons. He said he figures it`s somewhere in Chicago, on a wall or packed away in someone`s attic.

“It`s a dream, to have this picture,“ he said. “Maybe the owner is rich. He doesn`t need the painting. It`s worth a lot more to me, from an artistic standpoint and for my family.“

In other portraits-he would later paint Conrad Hilton, former President Herbert Hoover, and Samuel Cardinal Stritch, former Roman Catholic archbishop of Chicago-Likan said he compromised a little to please his subjects. But he says he painted his wife just as he saw her. “That`s because she wasn`t paying,“ he explained.

His wife was 38 when she sat for the 30-by-40 inch painting. He portrayed her in a violet dress sitting on a sofa with a cat in her lap. The painting was valued at $2,000 when it was sold at auction in 1962, and Likan thinks today it would be worth about $8,000. He said he would be willing to swap another painting to get it back.

“My wife was so beautiful. The picture really had a lot of charm,“ he said.

Bob Chase, owner of Merrill Chase Galleries where Likan had his exhibit last weekend, said the artist was just devastated by his wife`s death. “They were together 50 years. This thing with the picture, it`s a human thing. I see his sorrow.“

But neither Likan nor anyone local are very hopeful.

“It could be anyplace. It`s like looking for a needle in a haystack,“

said Capt. James Zurawski of the Chicago Police Department`s financial investigation unit. Zurawski said his unit has handled only one case involving paintings in the last several years, and that involved a thief who eventually returned them.

“I used to work at the galleries,“ said Zurawski. “Paintings go for cash usually, and the buyer is usually just an initial.`

“It reduces down to any other kind of object, like a chair you lost 50 years ago,“ said Michael Galfer, vice president of merchandising at Merrill Chase. “If I want to find a particular painting of Renoir`s, that`s something people keep track of. But this is not the same kind of situation.“

Likan says he enjoyed living in Chicago. In 10 years, he saw it from top to bottom. “When we arrived, I tell you we had 10 cents in our pocket. I couldn`t even get downtown to get a job,“ he said. But on his second day in the city, he charged a man $10 for a street portrait, and the man gave him $50.

Later he had a studio with several other artists at 619 N. Michigan Ave., and was invited to Conrad Hilton`s office to paint a portrait of the founder of the hotel empire.

After he had established himself, he began teaching painting at the Chicago Academy of Fine Arts. But early one morning in 1967, a dean called to say that his classes had been canceled. The academy said it was because he didn`t have enough students, he allowed smoking in the classes and he never took attendance.

But Likan is convinced it had more to do with the TV interview he gave the night before, during which he belittled the Picasso sculpture in the Daley Center Plaza.

“I said `It`s not fine art, it`s decorative art,“` Likan recalls. “I said `It looks like it was built in a steel company. After three weeks you can throw it away.` The next day they fired me.“

“They always told me you`re in a free country,“ he says. “You can say anything you want, but don`t insult anyone.“ 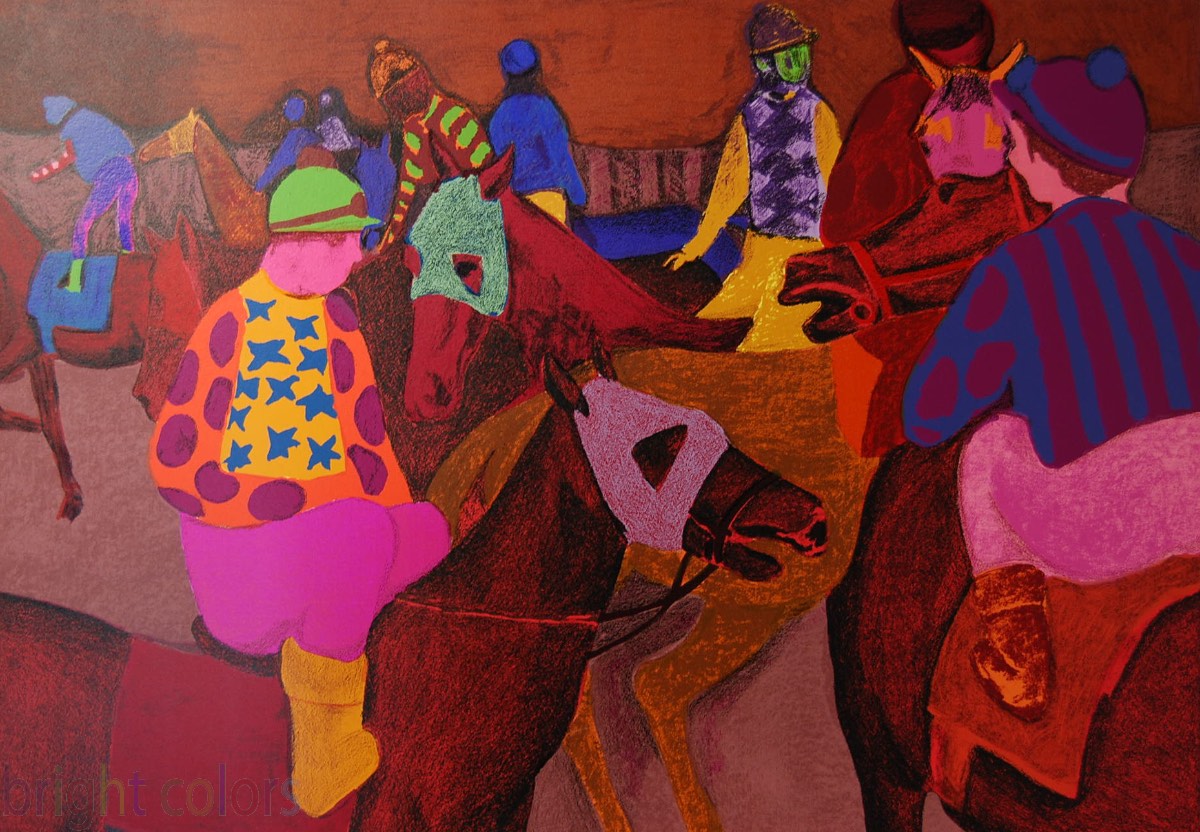 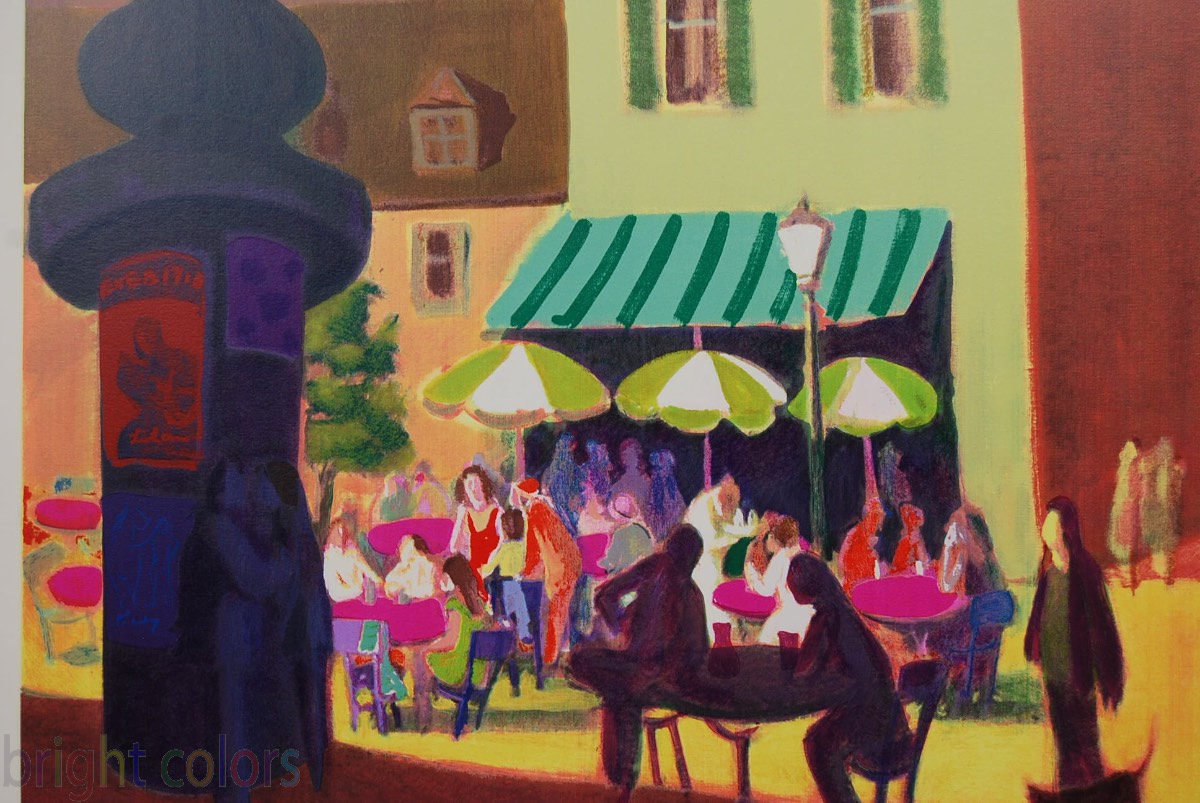