Op art, short for Optical Art, consists of works that feature optical effects especially optical illusions. For instance, some of the paintings of Bridget Riley convey a sense of motion despite being static, and some of her other pieces give the illusion of color despite being done in only black and white. Other terms for this genre are geometric abstraction, hard-edge abstraction, retinal art and perceptual abstraction. The terms geometric and hard-edge abstraction refer firstly that the works are abstract (as opposed to representational), and secondly geometric, regular, mathematical (as opposed to organic). The terms retinal art and perceptual abstraction refer to the viewer’s response to the work.

The term “Op Art” was coined by the sculptor George Rickey in 1964 during a conversation with two Museum of Modern Art (MoMA) curators, William Seitz and Peter Selz. The term first appeared in print in an article in Time magazine in October of the same year. The genre’s emphasis on vibrant color and pattern clearly found its way into the design and fashion of the 1960’s. As an identified, pure art movement, Op Art was short-lived – its pinnacle occuring in 1965 with MoMA’s exhibition entitled The Responsive Eye. On the other hand, works by Victor Vasarely dating from the 1930’s and by John McHale in the 1950’s have characteristics in common with Op Art.

A predecessor of Op Art is found in some artists working in the Bauhaus movement. The Bauhaus was primarily a school, founded by the architect Walter Gropius, which existed in Germany between the World War I and World War II. The school stressed the connection between art and craft as well as that between function and design. A sequence of instructors, including Johannes Itten, Wassily Kandinsky, Paul Klee, and Josef Albers developed analytical exercises for studying shape and color that often became works in their own right. When the Nazi regime closed the school in 1933, some of the instructors, most notably Anni and Josef Albers, emmigrated to the United States and taught there, influencing generations of U.S. artists. 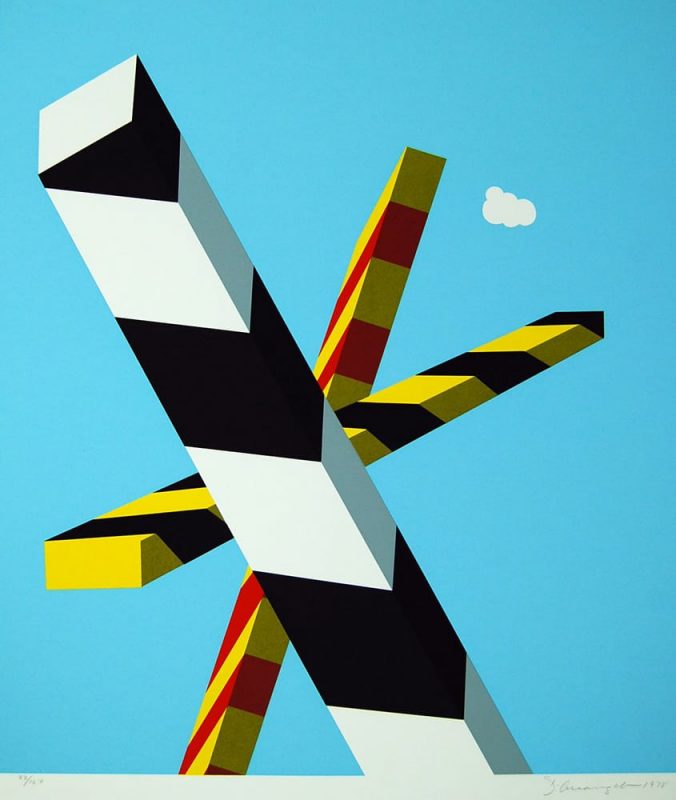 “Abstract Classicist painting is hard-edged painting. Forms are finite, flat, rimmed by a hard, clean edge. These forms are not intended to evoke in the spectator any recollections of specific shapes he may have encountered in some other connection. They are autonomous shapes, sufficient unto themselves as shapes.” Jules Langsner Synopsis Hard-edge painting is a tendency in late 1950s and 1960s art that is closely related to Post-painterly abstraction and color field painting. It describes an abstract style that combines the clear composition of geometric abstraction with the intense color and bold, unitary forms of color field painting. Although it was first identified with Californian artists, today the phrase is used to describe one of the most distinctive tendencies in abstract painting throughout the United States in the 1960s. Key Points Hard-edge abstraction was part of a general tendency to move away from the expressive qualities of gestural abstraction. Many painters also sought to avoid the shallow, post-Cubist space of Willem de Kooning’s work, and instead adopted the open fields of color seen in the work of Barnett Newman. Hard-edge painting is known for its economy of form, fullness of color, impersonal execution, and smooth surface planes. The term “hard-edge abstraction” was devised by Californian art critic Jules Langsner, and was initially intended to title a 1959 exhibition that included four West Coast artists – Karl Benjamin, John McLaughlin, Frederick Hammersley and Lorser Feitelson. Although, later, the style was often referred to as “California hard-edge,” and these four artists became synonymous with the movement, Langsner eventually decided to title the show Four Abstract Classicists (1959), as he felt that the style marked a classical turn away from the romanticism of Abstract Expressionism. http://www.theartstory.org/movement-hard-edge-painting.htm 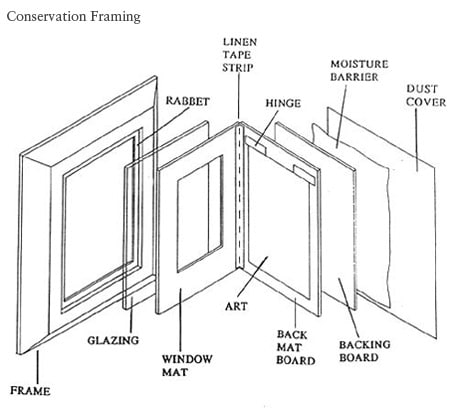 How to Frame a Print

Frames are used to enhance a work of art aesthetically, as well as to protect it from dirt, dust and handling.

Tiger in the Jungle

Choose what pleases you but listen to the advice of professionals. The framed artwork will become part of your everyday environment, so be sure to choose frames and mats that you will enjoy.

Don’t frame the art to match a room in your house. Choose picture frames and mats that will enhance the work of art

Limited Edition Prints can be matted to show the edition and artist signature. A fillet can be used to bring definition and contrast between the mat and print. The Certificate of Authenticity should be pocketed on the back of the finished piece.

Posters are generally open edition prints with a white border and text. Posters can be framed in a variety of ways. One way is to remove the white border, select a double mat and appropriately colored thin, metal frame.

Original Oil and acrylic canvas paintings can be further enhanced with the proper framing. Glazing is not needed for preservation. With larger pieces, you can select a wider moulding or use streamline float framing for a clean, contemporary look.

Use code: BRIGHTCOLORS15 and receive 15% Off your frame

This website uses cookies to improve your experience while you navigate through the website. Out of these, the cookies that are categorized as necessary are stored on your browser as they are essential for the working of basic functionalities of the website. We also use third-party cookies that help us analyze and understand how you use this website. These cookies will be stored in your browser only with your consent. You also have the option to opt-out of these cookies. But opting out of some of these cookies may affect your browsing experience.
Necessary Always Enabled

Any cookies that may not be particularly necessary for the website to function and is used specifically to collect user personal data via analytics, ads, other embedded contents are termed as non-necessary cookies. It is mandatory to procure user consent prior to running these cookies on your website.