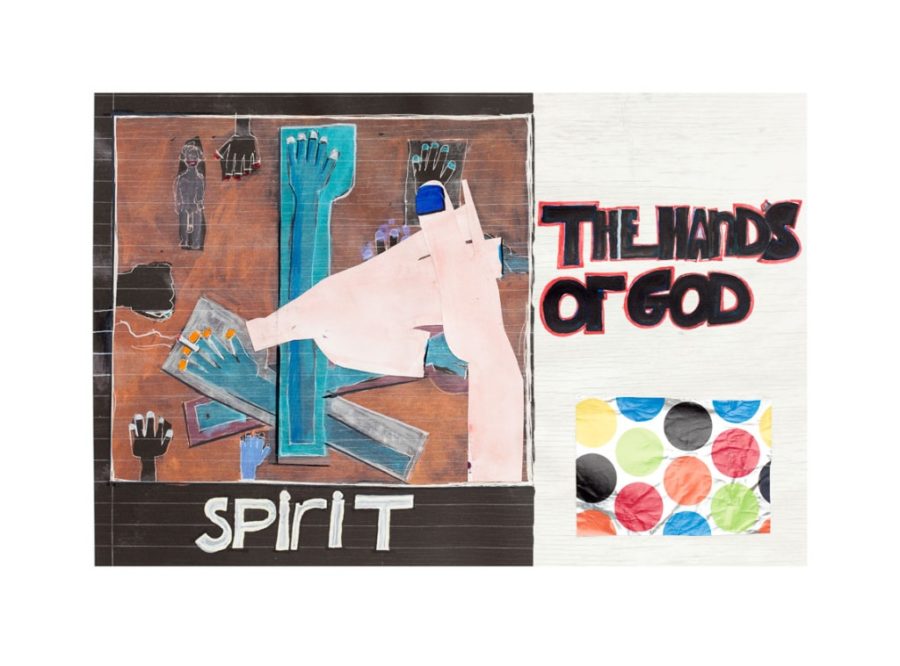 Tom Blaess first visited the Heidelberg Project with Tyree and together they walked the sight so that Tom could get a feel for the area.  Tom wanted to help Tyree create a new technique that could capture the essence of Tyree’s work on Heidelberg Street

Tom visited Heidelberg on his own with a high end digital camera to find specific textures and details in the weathered objects of the Heidelberg Project that could be later used as printed background matrixes.

While in Bern and prior to Tyree’s arrival in Tom sorted through the photos and filtered out recognizable objects and printed them with a Epson pigment printer on non coated paper, Rives B.F.K. 250 gm2, a paper that is traditionally used for lithography and etching.

When Tyree arrived in Bern and saw what Tom had done, he responded enthusiastically and recognized within the textured backgrounds certain elements and feelings he associated with the Heidelberg Project.

During the three week collaboration Tom presented Tyree with different backgrounds, bebop jazz and Tyree says the images began to speak to him and began a process to bring them to the paper.

Tyree started by making a tusche drawing with a Chinese brush directly on the background. Sometimes it was in grey, sometimes in red, other times in blue. He used a hair dryer to dry the tusche, returned to his work place and then placed a piece of clear plexi-glass over the image. He then traced on the plexi-glass with a black magic marker the specific shapes and had Tom to roll flat colors in oil base litho inks that would correspond to the image that he had outlined with the tusche drawing.

Tom would go over to the large table, turn the plexi-glass over (it reverses itself when printed on a hand press) and roll the rough shapes.

Using a rag or Q tips Tyree would look through the plexi-glass, see the magic marker line that indicates the contour of the image, and clean with a rag the excess ink outside the lines. Tyree would hand Tom the finished plate and Tom would place it correctly on the background image, and it would then be printed directly on an etching press with felt blankets.

If a second or third or fourth printing was necessary, new ink was rolled on the plexi-glass, edges cleaned, and printed onto the previous layers.  After the printing process was completed, Tyre would hand-paint over the printed image details such as white lettering with acrylic paint or draw lines with oil pastels.

Each image is one of a kind, the printed image is unique, but the background matrix is repeatable, which by definition is a mono  print.

Tom Blaess says that he has been making mixed media mono prints for several years, but never with photographic textured backgrounds so this process was also a first for him.[/fusion_text][fusion_text]